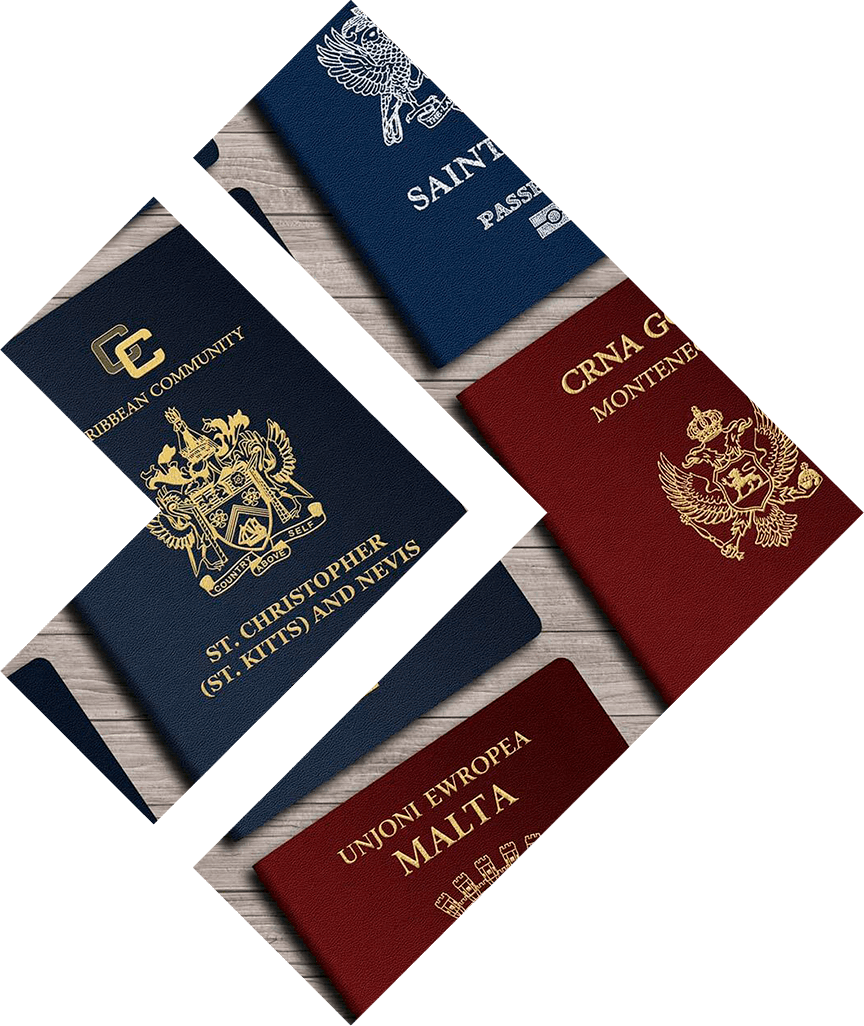 Dual and second citizenship: what is the difference and how to apply

Second and dual citizenship are different concepts with their benefits and disadvantages. See why people obtain several passports and how to apply for them.

People can have passports from several states. In this case, multiple citizenships arise: second or dual.

Dual citizenship implies that a person has passports from two countries, and both states recognise the rights and obligations of a person with each country on the official level.

Dual citizenship is based on bilateral agreements between states. For example, such agreements exist between Spain and its former colonies: Peru, Chile, Paraguay, Nicaragua, Guatemala, Bolivia, Ecuador, Costa Rica, Honduras, the Dominican Republic, Argentina, and Colombia.

Second citizenship implies that a person has passports from different countries. At the same time, governments do not recognise the person’s rights and obligations concerning one another.

In most cases, citizenship of any other country will be considered second. A passport can be obtained in different ways: by participating in investment programs, naturalisation or marriage.

Can I get a second passport for $1,000?
No, you can’t. But we know how to obtain second citizenship by investing $100,000. Subscribe to our newsletter and get credible updates about Caribbean citizenship.

75% of countries in the world allow second nations. Some of them — with limits. For example, under the terms of the Zimbabwe Constitution, citizens by birth are allowed to hold second citizenship. But those who have nationality by descent or registration may be denied the ability to have other nationalities.

The acquisition of other citizenship is only legally possible for citizens of those countries that allow multiple citizenship.

Countries where second citizenship is allowed

Not every country allows its citizens or citizens of other countries to hold more than one nationality. Such nations as China, India, and the UAE do not allow second citizenship, automatically revoking the citizenship of its nationals if they do acquire another citizenship.

Saudi Arabia has even gone so far as to consider it a criminal offence to obtain another citizenship without first renouncing the original one a person holds.

The advantages of having a second passport include the right to travel between the two countries without visas and the opportunity to do business in both countries. A person with dual citizenship can apply for diplomatic assistance to the missions of both countries while in a third country.

Global mobility is the most popular reason why people get a second passport. The Indian passport allows you to visit just 60 states without visas. For comparison, a passport of a Caribbean country — more than 140 states. Citizens of the Caribbean countries freely enter the Schengen Area, the UK, Hong Kong, China, Singapore, and others.

Education abroad. To study in Europe, the UK, and the USA, an international student must apply for a student residence permit for each course.

The St George’s University in Grenada has US and UK branches. Students complete a 16-week internship at Britain and American hospitals, and the university diploma is recognised in 47 countries, including the US, UK and Germany.

Tax optimisation. Second citizenship allows you to change your tax residence and choose the most favourable tax system. For example, citizens of some Caribbean countries do not pay taxes on income, capital gains, inheritance, interest, royalties, and dividends.

Obligations with a second and dual passport

Observing the law. Knowing and complying with the country's rules of a second citizenship is mandatory. For example, in Caribbean countries, you must be on a jury in court if necessary and vote in elections. Military service in the Caribbean is voluntary, or there is no army.

Public service restrictions. A person with a second citizenship will not be able to hold high government posts. For example, they are usually not allowed to work for the prosecutor's office, be government members, or gain access to state secrets.

Serving in the army of two states. Since each country recognises a person only as its citizen, in some cases, a person with second citizenship will have to serve in the army in both countries. This rule does not apply to investors and their children who have received a second passport by investment in the state’s economy.

How to get Caribbean second citizenship

Participation in government programs for investors in Antigua and Barbuda, Grenada, Dominica, Saint Lucia and Saint Kitts and Nevis is the fastest way to obtain a second citizenship. Investors get a Caribbean passport within 2 to 6 months, contributing $100,000 to the country's economy.

There is no need to pass exams on knowledge of the language or social structure of the country, and in some cases, even to come there. Relatives of investors can also participate in the programs and get a second passport.

The lowest amount is provided for options with a contribution to a state fund. In Antigua and Barbuda, Dominica and Saint Lucia, investments in the fund start at $100,000, and in Grenada and Saint Kitts and Nevis — at $150,000.

Options allowing to return the investment are available for all Caribbean programs. For example, an investor can buy a share in a hotel on the islands and sell it in 5—7 years.

Citizens of Grenada and Dominica can visit China without a visa. Also, with a Grenada passport, investors can apply for an E-2 business visa in the US.

Several requirements are imposed on participants in investment programs: have no criminal record, no visa or citizenship denials, a clean reputation, and legally earned money for investment. To make sure that the applicant meets the requirements, a Due Diligence check is carried out.

Which Caribbean countries are best for second citizenship?

Antigua and Barbuda, Grenada, Dominica, Saint Lucia and Saint Kitts and Nevis are the best countries for second citizenship. Caribbean investment programs offer the fastest way to obtain a second passport. Investors receive a Caribbean passport within 2 to 6 months, contributing $100,000 to the country’s economy.

What's the benefit of dual citizenship?

Can US citizens have dual citizenship?

Yes, they can. US law does not require a person to choose one nationality or another. Dual nationals must use a US passport to enter and leave the US.

Why do people want second citizenship?

Having second citizenship gives you more travelling, studying and working options. You can improve your quality of life and give your children a better future. Some countries offer more business and banking opportunities.

What does dual citizenship mean?

Dual citizenship is when states sign an agreement on dual citizenship. The agreement states that states mutually recognise the rights and obligations of their citizens. It means that a person with dual citizenship does military service, pays taxes or receives a pension not in two countries but only in the country of residence.

Dual citizenship is often confused with the second. But these are different concepts.

How to apply for a Caribbean second passport?

Invest in the country’s economy. The lowest amount is provided for options with a contribution to the state fund. In Antigua and Barbuda, Dominica and Saint Lucia, investments in the fund start from $100,000, and in Grenada and Saint Kitts and Nevis — from $150,000.

Several requirements are imposed on participants in investment programs: have no criminal record, no visa or citizenship denials, a clean reputation, and legally earned money for investment. To make sure that the applicant meets the requirements, a Due Diligence check is carried out.

What obligations arise when you receive second citizenship?

Knowing and complying with a foreign state’s laws and paying the necessary taxes are other obligations of second citizenship.

Schedule a meeting at one of the offices or online. A lawyer will analyze the situation, calculate the cost and help you find a solution based on your goals. Learn more about the Caribbean and Vanuatu citizenship programs