Vanuatu citizens can travel visa-free to 96 countries, including the UK, Israel, Singapore, and Hong Kong. They also can obtain a 5-year visa to the USA.

Foreign investors who want to enjoy visa-free travel and other benefits of a Vanuatu passport can obtain it by applying for Vanuatu citizenship by investment program. 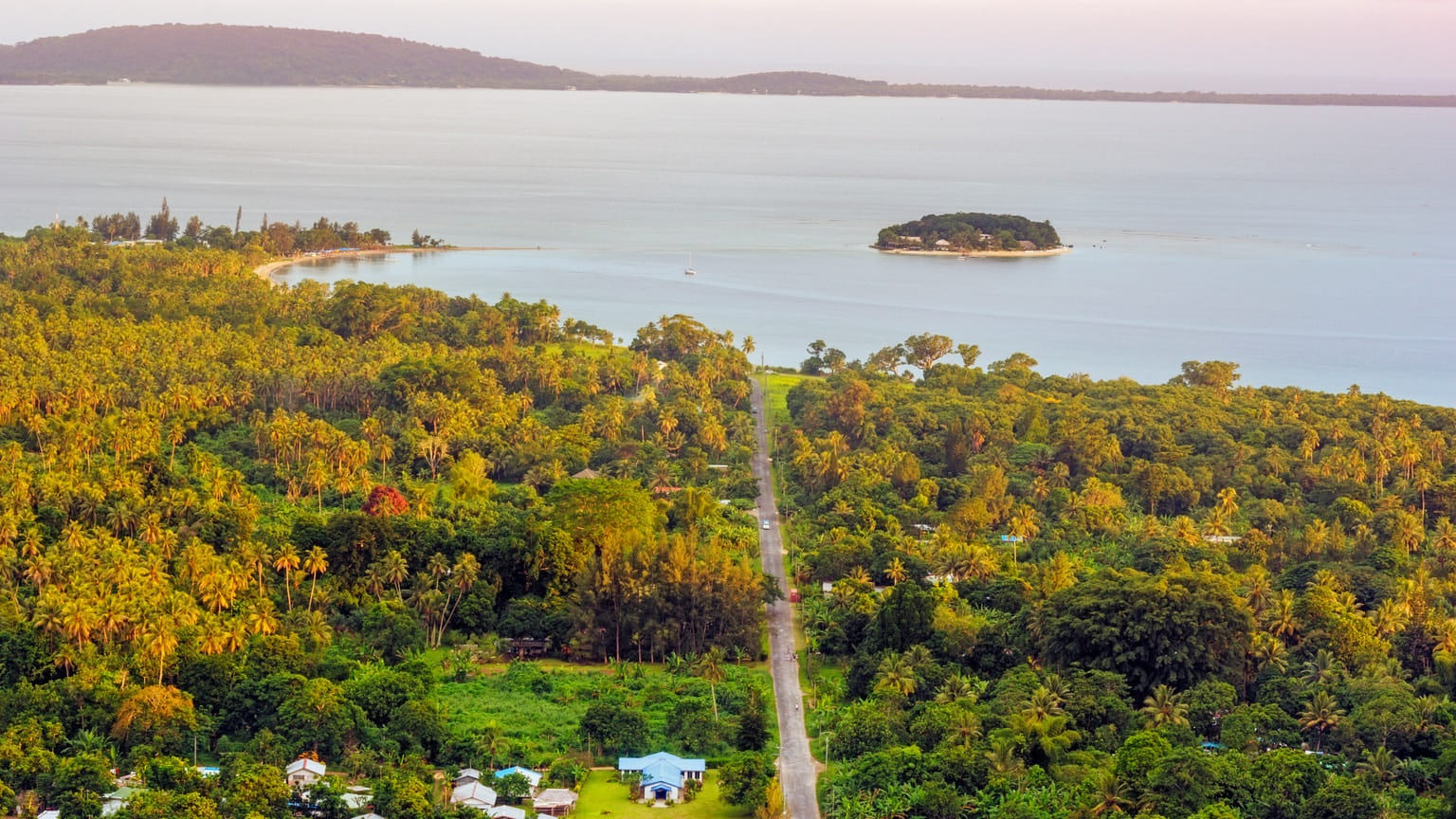 Vanuatu citizens can travel freely to 96 countries, including those that require an electronic travel authorization and visas on arrival.

Visa-free means that no permission is needed for a short stay. Vanuatu passport holders can enter countries with visa-free regime for them freely as long as they follow COVID-19 guidelines if there are any.

eTA, or electronic travel authorisation, is a travel permission that you get online before the trip. Generally, it requires filling out a short online form and paying a fee.

Visa on arrival is a kind of visa you get at the airport upon arrival. To get it, travellers are usually asked to provide their travel documents, hotel reservations, return tickets, and sometimes funds for the duration of the trip.

The freedom of travel provided by the Vanuatu passport is one of the reasons investors from all over the world consider joining the Vanuatu citizenship by investment program.

Conditions of entry to popular tourist destinations with a Vanuatu passport

The United Kingdom. Vanuatu passport holders can stay up to six months in the UK without a visa. They only need to provide a travel document that’s valid for the entire duration of their stay.

Hong Kong. For citizens of Vanuatu, Hong Kong doesn’t require a visa for short stays up to 90 days.

The USA. Vanuatu citizens do need a visa to travel to the USA. However, they can apply for a 5-year B-1/B-2 tourist visa that allows staying in the country for up to 180 days a year. A person with this type of visa can study, have business meetings and receive medical treatment in the USA.

Australia. For Australia, Vanuatu citizens do need to get a visa. A tourist visa is valid for 3, 6 or 12 months. It does not allow working or studying in the country.

Europe. Vanuatu citizens can travel visa-free to some European countries, such as Montenegro, Ireland and Monaco. However, when it comes to the Schengen states, Vanuatu passport holders do need to get a visa as the country was removed from the EU visa waiver programme.

To visit countries of the Schengen area, Vanuatu passport holders need to apply for a visa and provide required documents to an embassy in person. Individual cost
calculation of the
Vanuatu citizenship
Get the cost calculation

How to obtain a Vanuatu passport

Vanuatu citizenship by investment program allows foreigners to acquire the second citizenship in Vanuatu by making a non-refundable contribution to the government fund.

Along with the investor, their family members are eligible for Vanuatu citizenship under the same contribution:

About Vanuatu: important things to know before obtaining citizenship

Vanuatu citizenship by investment program does not require its participants to visit the country or reside there for any time. However, they do have the right to do so and stay in Vanuatu for as long as they wish.

Here’s some basic information about Vanuatu that might be useful to know for those considering getting second citizenship in the country:

Location. The Republic of Vanuatu is located in the southwestern part of the Pacific Ocean. Vanuatu’s closest neighbours are Fiji, New Caledonia, Solomon Islands, and Australia.

The territory of the country includes 83 islands, of which 65 are inhabited.

The second largest city is called Luganville. It’s located on the island of Espiritu Santo and has a population of 17,700.

Climate. The climate in Vanuatu is humid and tropical. The average temperature is around +27º and gets hotter during the rainy season, which lasts from December to April. 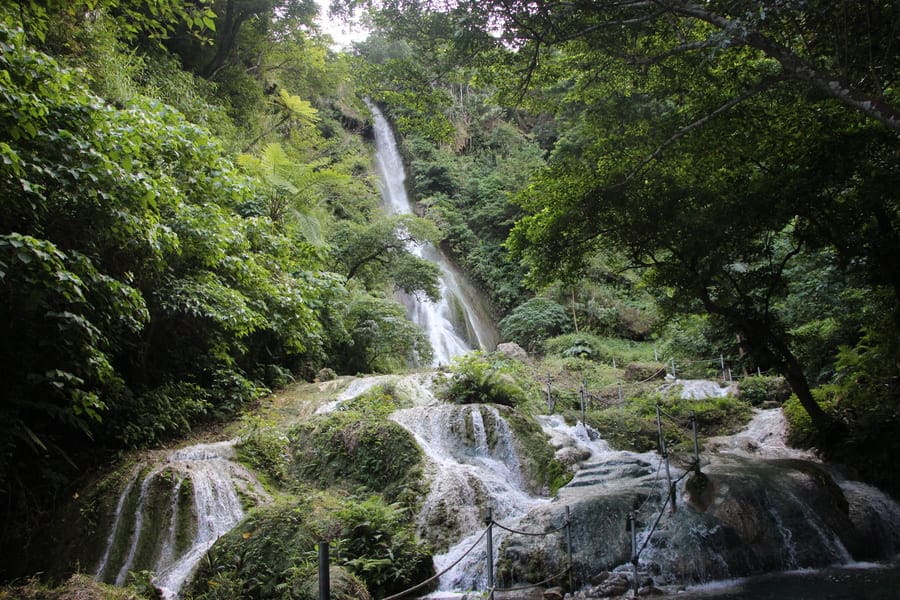 Mele Cascades Waterfalls is one of the most well-known attractions on the Efate island. It’s just a 20-minute drive from Port Vila. 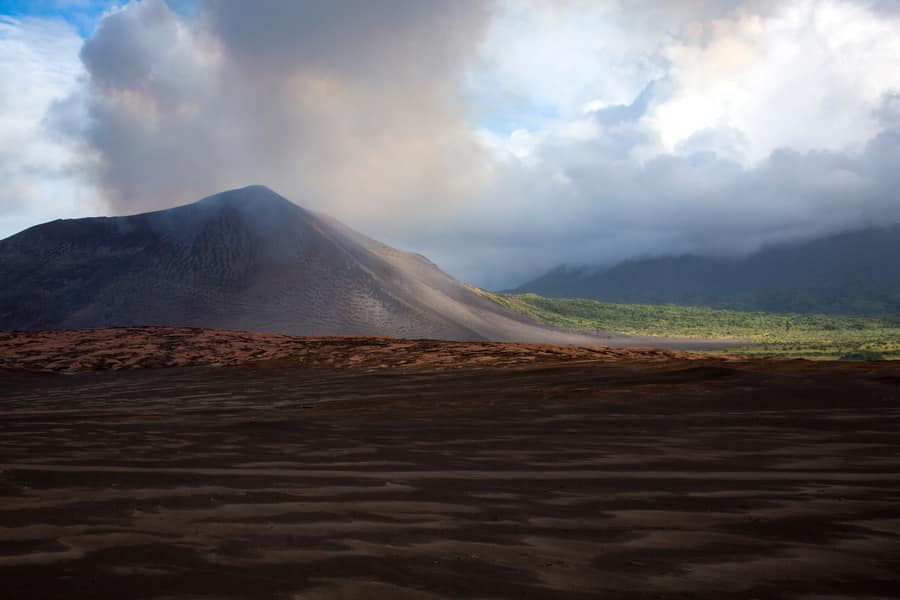 Mount Yasur on the island of Tanna is an active volcano, it erupts 10-20 times every hour. On the rim of Yasur’s crater stands the world’s only post box on top of a volcano. 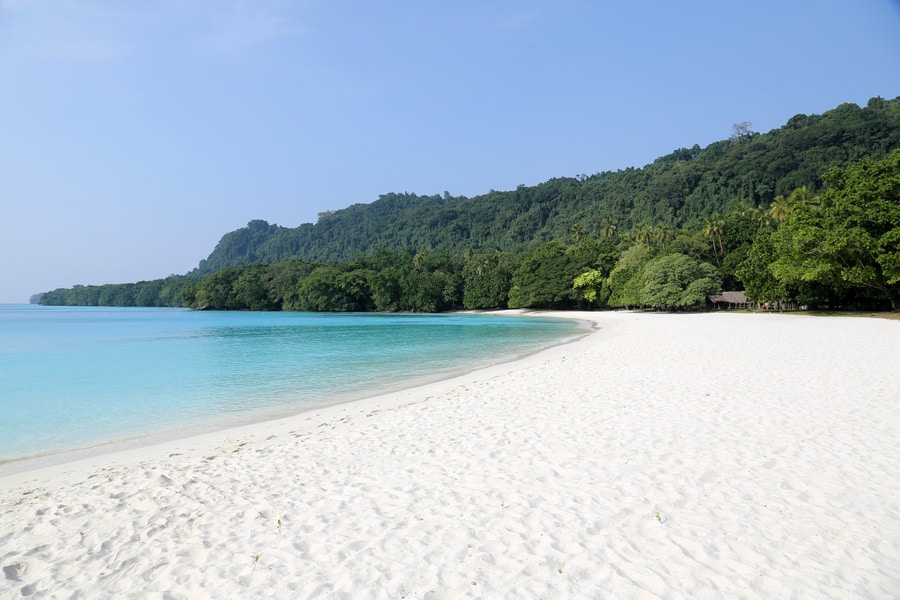 The Champagne beach on the island of Espiritu Santo is one of the most famous ones in the country. It is regularly visited by tourists and cruise boats from Australia.

Population. The population of Vanuatu is about 300,000 people. Most of the population are indigenous people “ni-Vanuatu”. They make up 99% of the country’s population. The remaining 1% are immigrants from other countries in Oceania, as well as from Europe and Asia.

Language. There are three official languages in Vanuatu — Bislama, English, and French. Bislama is a Creole language derived from English.

How strong is the Vanuatu passport?

The Vanuatu passport allows travelling visa-free to 96 countries, which makes it the 50th strongest passport in the world.

Can Vanuatu citizens travel to the USA?

To enter the USA, Vanuatu citizens are required to obtain a visa. However, there are some benefits of owning a Vanuatu passport when it comes to travelling to the USA — it allows applying for a 5-year B-1/B-2 visa.

A person holding a B-1/B-2 visa can stay in the USA for 180 days per year, study, have work meetings and receive medical treatment.

Can I travel to Australia with a Vanuatu passport?

Vanuatu citizens are required to obtain a visa before travelling to Australia. A tourist visa to Australia is valid from 3 to 12 months.

How to get a Vanuatu passport?

A Vanuatu passport can be acquired with citizenship by investment program. To apply for the program, an investor has to make a non-refundable contribution of at least $130,000 to the government fund, as well as pay a $5,000 Due Diligence fee.

How much does it cost to obtain a Vanuatu passport?

The minimum investment one has to make to apply for Vanuatu citizenship by investment program is $130,000. If there is more than one person in the application, the amount of the contribution increases. The investment is non-profit and non-refundable.

Aside from the investment to the government fund, the applicants are also to pay a $5,000 Due Diligence fee.

How many countries can I enter visa-free with a Vanuatu passport?

Immigrant Invest is a licensed agent for government programs in the European Union and the Caribbean. A practical guide
to obtaining
citizenship of Vanuatu 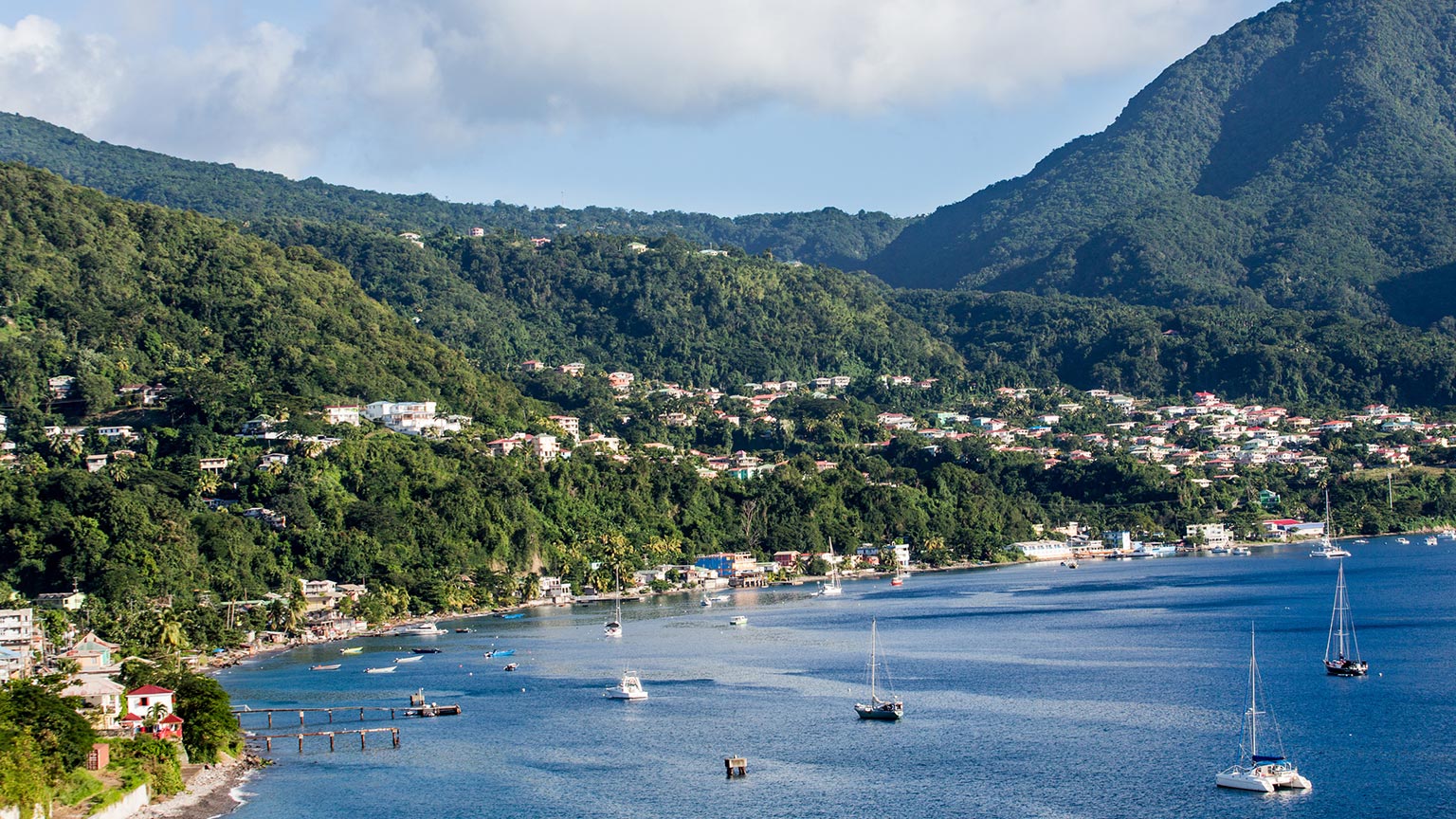 How to obtain Dominica citizenship: All Possible Ways
Second citizenship 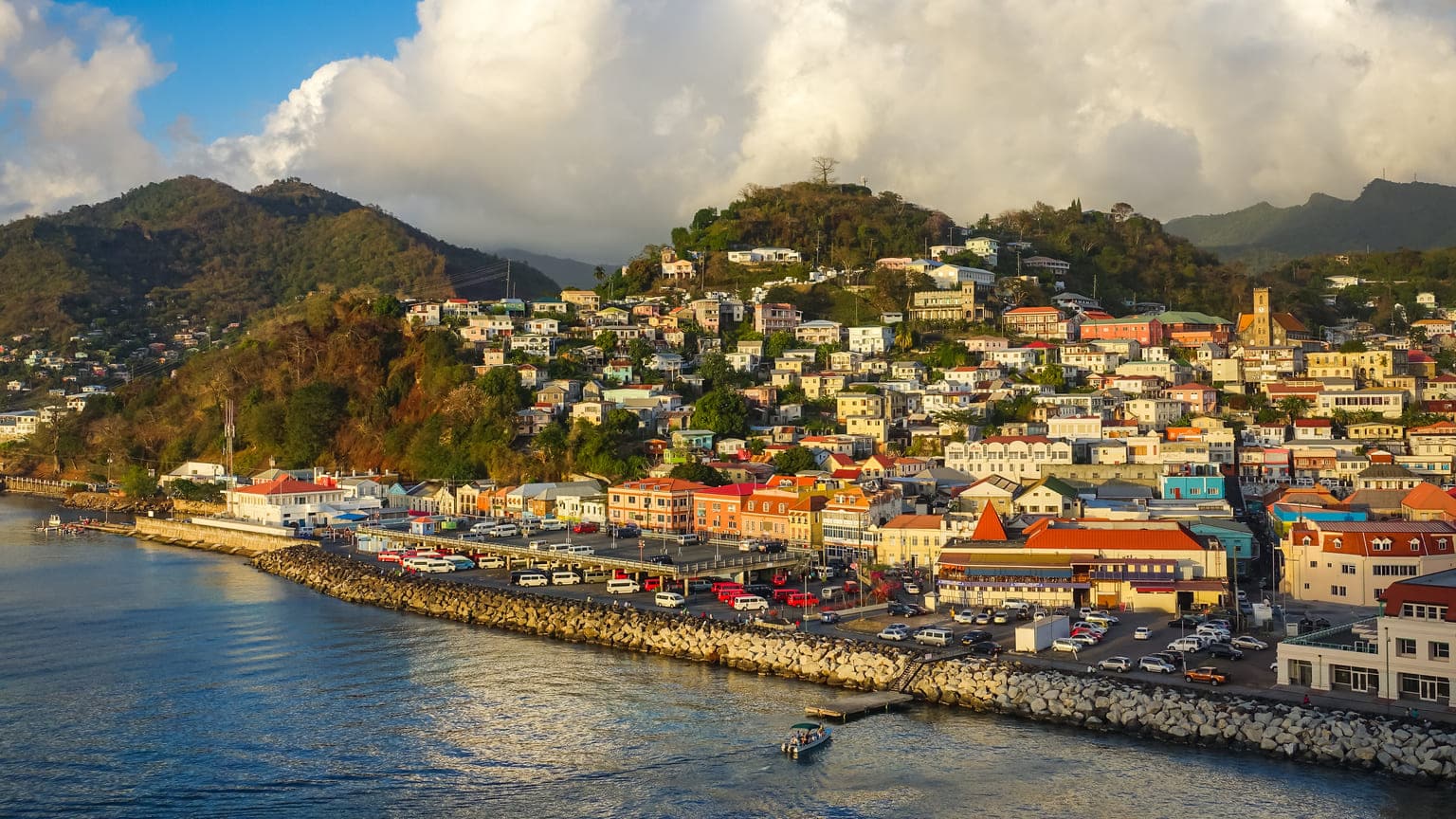